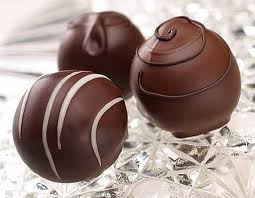 Ladies, picture it: It’s 10 pm, and you are just about to go to bed. You’ve had a reasonable day, but your mood has been a bit under the weather, for which a concrete reason does not seem quite at hand. You’ve been craving chocolate all day despite eating a healthy and filling breakfast and lunch, and you’ve given in to the craving once already in the afternoon…. but the other half of that unforgettable chocolate bar is still in your cupboard and calling your name….. You run to the kitchen, you eat… you smile.

The cycle repeats for a few days, following which comes the explanation for the seemingly unexplainable: Aunt Flo makes her monthly appearance (on a Saturday morning when you were on your way to the pool, the lake, or the beach – naturally!).

I’m sure there are many ladies out there who can relate to this story.

Here are some interesting facts about the relationship between menstrual cycle and dieting:

1. Clinical trials have frequently shown that females are less successful than males at losing weight and keeping it off.

2. In the second half of the month (the luteal phase of the menstrual cycle), women’s energy intake AND energy expenditure are both increased.

3. In the luteal phase, women also experience more frequent cravings for food, particularly those that are high in carbohydrate and fat, compared to the first half of the menstrual cycle (called the follicular phase).

4.  The rate of emptying of food from the stomach may be slower in the first (follicular) phase of the menstrual cycle than the second (luteal) phase, based on findings from a recent study.  This slower stomach emptying may be part of the reason for less hunger and food intake during the first phase of the cycle.

5.  Some studies have suggested a tendency towards greater use of fat as a fuel source (with less use of carbohydrates) in the second half of the month. Women are also able to exercise at a high intensity for a longer period of time during this phase.

6.  Chocolate is the food item most craved by premenstrual women!

These facts make a lot of sense, when you consider the purpose of the menstrual cycle. In the follicular (first) phase, which starts on the first day of menstrual bleeding, your body has essentially realized that it is not going to conceive that month, so the lining of the uterus is shed. About two weeks later, another egg is released, which marks the beginning of the luteal (second) phase. So, your body turns it up a notch (under the influence of changes in your reproductive hormones), to be in the best stead to begin growing a new life: you intake more energy (food), your body kicks your metabolism up a notch (increased energy expenditure), and your ability to exert yourself at a high niveau is augmented as well.

The hormonal stimulus to intake extra energy is probably what fuels the food cravings during this time. Why chocolate? Well, it is the prototype of a food high in carb and fat… not to mention that it may simply be the most delectable food product on Earth!… in some people’s opinion, anyway 🙂

Empowered by this knowledge, what can you do to put your monthly rhythm to your best advantage?

1. Try aiming for heavier workouts in the latter half of the month.

2. Understand the reasons for the seemingly ‘unreasonable’ cravings – and perhaps give into them, a little (in a portion controlled fashion!). You may find more success in adhering to your diet plan if you allow yourself a little freedom to enjoy the finer things.

3. With the increased intensity of workouts in the second half of the month, you may allow yourself a few more Calories In per day (perhaps 100-200), but not more than that. Again, working with your body’s rhythm may increase your ability to adhere to your weight loss plan, and give you greater success in the long run! 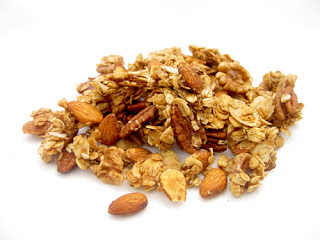 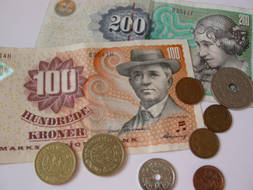