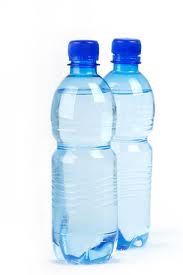 It’s no secret that the environment we live in is a major contributor to the obesity endemic, for several reasons: oversized portions, easy accessibility of unhealthy food choices, motorized transport, just to name a few.  Another important aspect to add to this list is a host of chemicals in our daily environment, for which there is mounting evidence linking them to the risk of obesity.

These substances, collectively referred to as ‘endocrine disrupting chemicals’, are synthetic substances that are widely used in production of products that are present in our daily environment, which may have an effect on the synthesis or function of our hormones when we are exposed to these agents.  We become exposed to these chemicals through inhalation of polluted air, food or water contamination, or by absorption through the skin.
As recently summarized in the journal Obesity Reviews by JL Tang-Péronard and colleagues, a link has been drawn between obesity and a number of these agents.  Just to give a couple of examples (there is a much more extensive list and discussion in the referenced article):
Dichlorodiphenyldichloroethylene (DDE) has perhaps one of the strongest links with obesity.  It is the main metabolite of DDT, and was used as an insecticide before its prohibition in the 1970’s and 80’s.  Not only has DDE exposure been shown to be associated with obesity, it has also been demonstrated that exposure to a fetus before birth increases the risk of obesity later in life (eg, in childhood or puberty).
Polychlorinated biphenyls (PCBs) were used in many electrical appliances prior to being banned decades ago, but they are still found in the environment and in humans as well.  Some PCBs have been found to either activate or inhibit our steroid hormone receptors, and some have been shown to stimulate specific metabolic pathways.  PCB exposure has been shown to be associated with obesity in some studies, and appears to vary depending on timing and dose of exposure.  PCBs may also have a bigger impact on weight development among girls than boys.
Bisphenol A, which is used in the production of epoxy resins and polycarbonate plastics and found in products ranging from contact lenses to water bottles to DVDs to dental sealants, has been linked to an increased risk of diabetes, metabolic syndrome, polycystic ovary syndrome, and cancer, and may increase the risk of obesity and excess body fat as well.
Other agents found in everything from flame retardants to burning coal tar to plastics, from children’s toys to food packaging materials, have also been suggested to increase the risk of obesity.

Not only may some of these agent contribute to the risk of obesity, but they may also make it harder for a person to keep weight off following weight loss.  Some of these compounds (called ‘organochlorines’) are actually stored away in fat tissue, and may leech out into the circulation as weight is lost.

Increases in plasma organochlorine levels found during weight loss have been shown to decrease energy expenditure, potentially via a decrease in thyroid hormone levels.

So, what can we do to minimize our exposure to these agents?  Given that many of these agents are so widely used, restriction in many cases will have to come from governmental agencies (as has already been done in the case of several of the chemicals listed above).  We can take simple steps ourselves, such as:

Through promotion of public policy and awareness, taking our government to task as research reveals more information to us, and keeping as informed as we possibly can about how to minimize our exposure, hopefully we can all work together to minimize our society’s exposure to these agents. 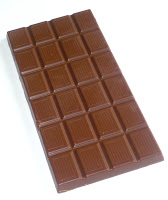 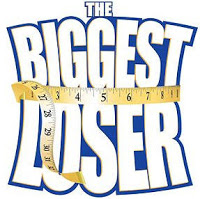 What Does It Take To Keep Weight Off 6 Years Later?